On November 5th, 2019, the first college football playoff rankings dropped. Clemson, the undefeated defending national champions who were sitting at 9-0 with an average margin of victory of over 32 points, was placed outside the playoff at number five. The interesting part was the sleight of hand the committee played to keep Clemson out, saying that Penn State (#4) had the better resume than Clemson, while Alabama (#3) looked better than Penn State by the eye test. It was the consensus opinion that Clemson also looked better than Penn State by the eye test, and that Alabama had a weaker resume than Penn State, but the real goal of the committee was clear. Clemson needed to suffer for their narrow victory over North Carolina.

That next week, Penn State fell to Minnesota, Alabama fell to LSU, and Clemson held firm at the three seed until the playoffs rolled around. Meanwhile, the talking heads jabbered on about how Clemson was a retread of Florida State’s doomed 2014 run, that Clemson was overrated. Some even suggested that an undefeated Clemson wouldn’t belong in the playoff, a line pushed by ESPN’s Paul Finebaum, the human incarnation of a 2009 SEC forum board.

Little Ole Clemson continued on, blowing out everyone put in front of them in the same fashion they had been all year, and then the most fascinating thing happened. The narrative of a washed, overrated, unimpressive Clemson team disappeared immediately after Clemson won the ACC Championship. It was replaced by the narrative of a dangerous Clemson, with the talking heads telling everyone how important it would be for LSU or Ohio State to get the one seed and avoid Clemson in the first round. These same talking heads were then perplexed than Dabo Swinney continued talking about how disrespected Clemson was. ‘How can you claim you are disrespected,’ they wondered, ‘when here we are finally praising you once again.’ 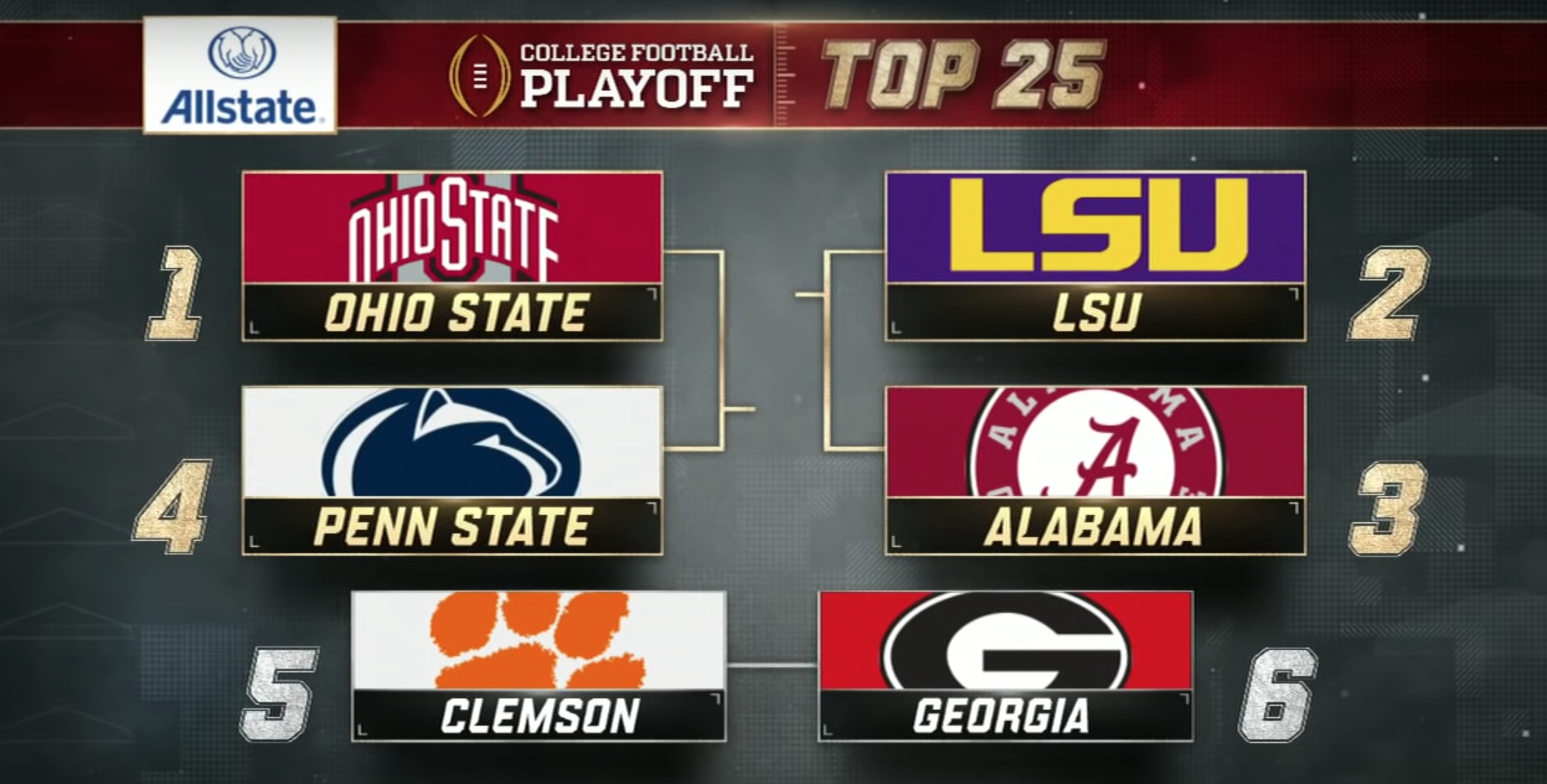 ‘How can you claim you are disrespected,’ they wondered.

This is, of course, the cycle of Clemson football that we have now been confined to. When ESPN needs to sell the playoff selection show, Clemson is a danger that must be avoided. When ESPN needs to sell its countless hours of airhead “punditry,” they poke the fanbase with taunts of “overrated.” After all, no one hate-watches or hate-clicks quite like Clemson fans do.

This is nothing new. Just last season, we all watched these same talking heads anoint Alabama as the national champions, discussing if the Crimson Tide would go down as the greatest team of all time just weeks into the season. Alabama finally has a legitimate quarterback, the logic went, so now no one could stand opposed. When Clemson clobbered Notre Dame in the semifinal, it was because the Irish didn’t deserve to be there, not because Clemson was anything special. Clemson was predictably given no chance against the Alabama juggernaut.

After Clemson bludgeoned the Tide with 30 unanswered points, you would have thought aliens had landed on the field in Santa Clara. Clemson had temporarily won its respect, which would last all the way until the team took the field again in August and Trevor Lawrence threw two interceptions in a 38 point victory. The North Carolina game one month later was not an anomaly in yet another dominant season, but proof that Clemson was overrated.

After beating a game Ohio State, Clemson once again enters the national championship as an underdog to an SEC team with a legitimate quarterback who is just better than the woeful ACC champions. If Clemson loses, the disrespect will continue, as expected. But if Clemson wins, maybe we can count on the kind words lasting past August this time.

The Modern Political Machine: An Interview With James Wallner On Contemporary Politics

The Modern Political Machine: An Interview With James Wallner On Contemporary...

How the Conflict in Ukraine is a Massive Failure for the...